Now reading: FLO Cycling – The Warehouse
Share
PrevNext
Cash is king when starting a business. On paper it seems very logical that one would get a warehouse when starting a business like ours. It is logical but it’s not always practical.  Much of what we do at FLO is done in the comfort of our own homes. Until recently our warehouse has been no exception. Even our new warehouse is a work in progress.  Here is a little history of the warehouse journey while we’ve started FLO.
The Garage
Yes, I know it’s kind of cliche to talk about the garage start-up. Often it’s used even when a company did not start in their garage. The truth for FLO is that we did start in a garage.  Chris and I were living together at the time and we had a one-car garage that was the workshop for our first prototypes. We learned to build wheels, bond fairings, solve the problem of drilling spoke holes in carbon by hand, and countless other things. After several months we had our first prototype that we completed by working many late nights after our day jobs ended. I’ll never forget these days. We were ambitious and totally naive about what we were getting into. I wouldn’t change a thing.
The Spare Bedroom, Kitchen, and Living Room
By the time our first production run of wheels arrived, Chris had moved out. I was living in a 1,200 square foot, two bedroom condo that was on the second floor. It was the obvious choice for our warehouse, lol. Needless to say, every room became useful space and we both got a good workout carrying 400 boxes up and down the stairs. We learned more in these early shipping days than we had ever imagined. We struggled to process 80 wheels in one day. We now can process over 300 on a good day. Henry Ford was onto something with his assembly line idea.
The House
After our first couple of containers, Chris moved into a house. Fortunately for us there were 15 ft ceilings and there was an unusually large spare room. We converted this room into our warehouse and order processing area. During processing and shipping days the rest of the house was taken over as we sorted and organized the orders. We were pretty comfortable here and we learned how to become efficient. We used this space for about 15 months and it gave us the opportunity to keep more cash in the bank. Here are a number of shots of our “the house warehouse” with wheels stacked by type. 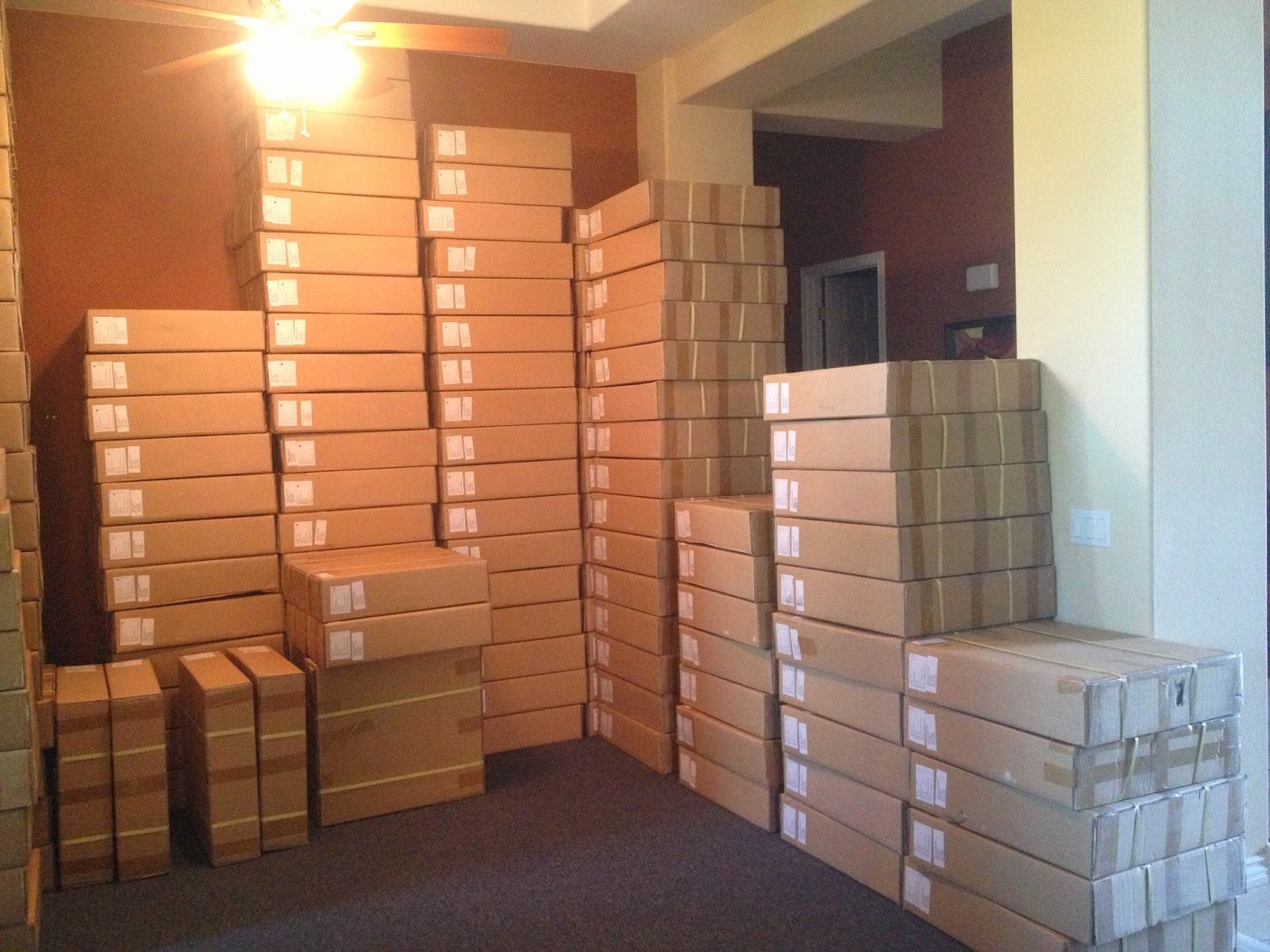 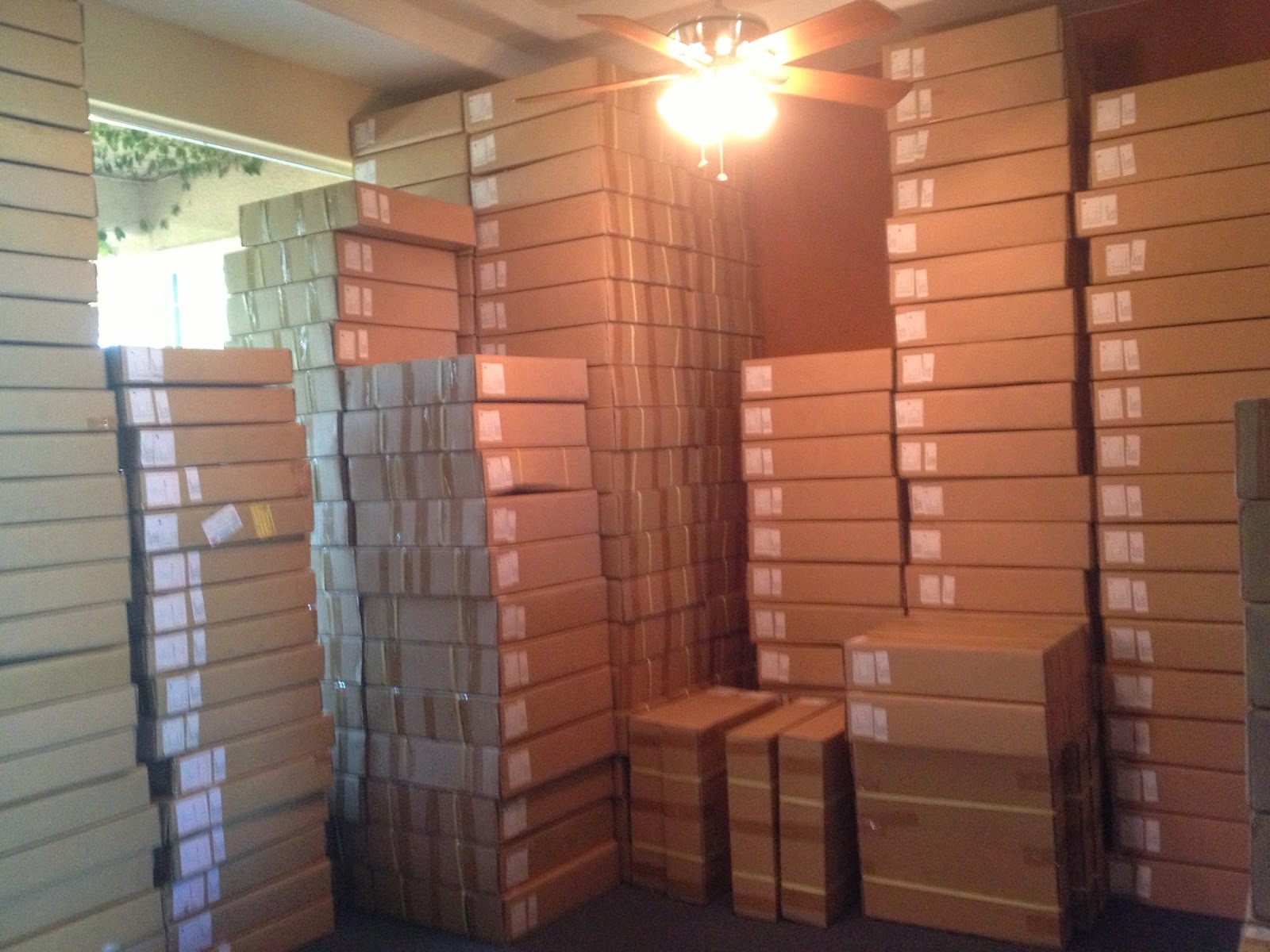 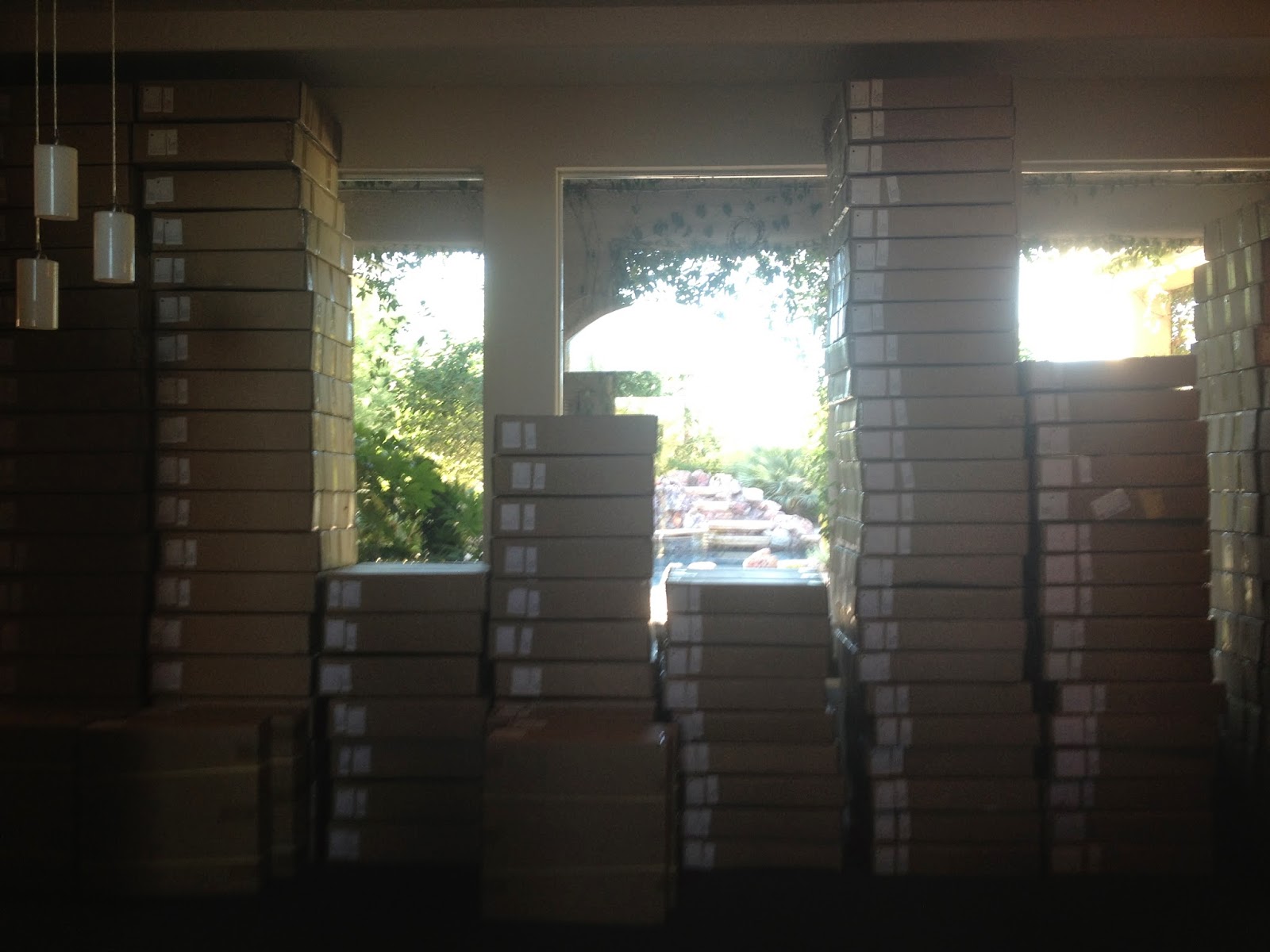 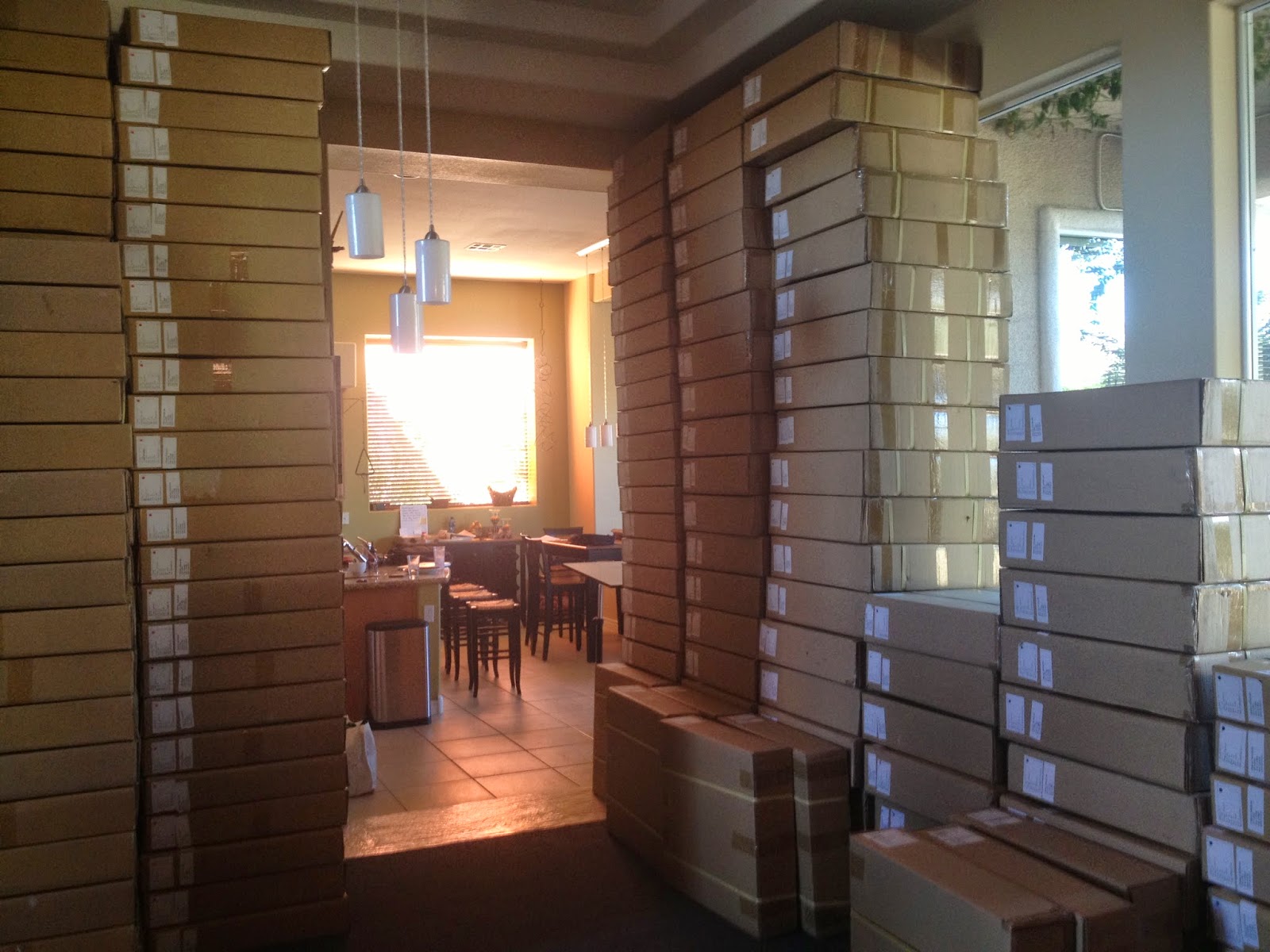 The New Warehouse… Well, Sort Of
At the end of last year, Chris was moving out of the house he was renting and we were too big for my 1,200 square foot condo. We officially needed to rent space. The question was where. We have a good friend in town that owns a building, and the basement of the building had a 5,000 square foot space that needed a floor poured and heat/AC. The heat was not big deal but the AC was a serious issue for two Canadians living in the Las Vegas heat. We took a look at the space and it was perfect. We agreed to have a floor poured and we would move in. Well, last minute it was decided the floor would not be poured. The space is in a medical office building, and the space will likely be used for a surgical center.  Surgical centers need pipes in floors, which is why we had to hold off on the floor. With no time to spare and Order #10 wheels on their way from LA, we made the decision to move in.  We used what we had and built a temporary space to process wheels. For now, it’s perfect.  It’s rough around the edges, but it’s perfect. Soon enough we will move into a new place, but to be honest I wouldn’t have it any other way.
I’ve always been amazed by businesses that start day one in a brick and mortar location.  There is a lot to be said for people who are willing to take that risk. Maybe we are a product of the internet age but ironically for us, we felt right at home starting our business this way.
Take care,
Jon