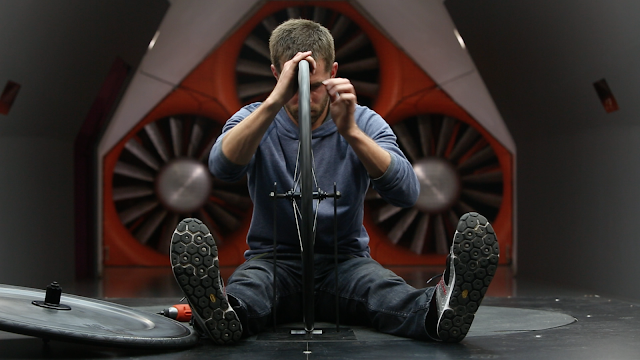 Let’s get to the numbers!

To calculate the rolling resistance values below, we used the following test procedure.


* Tom noted the following: “I’ve found that the Crr on the (smooth) rollers of a tire the Mavic Open Pro wheel at 120psi, is approximately equivalent to the Crr on a 21mm internal width wheel at 100psi.” 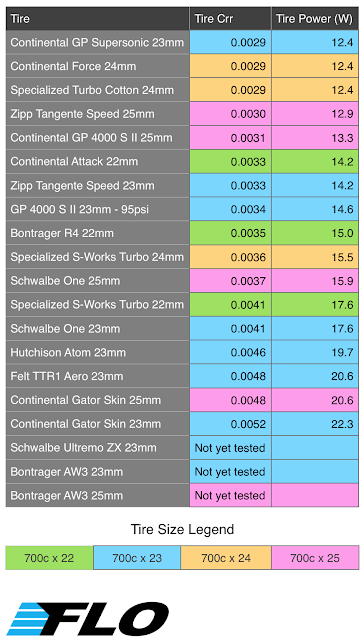 For each value plotted on the graph, a tire’s aero drag and rolling resistance values were converted to Watts and added together.  This combined value represents the total wattage required to power the tire.


Note: When combining the both the aerodynamic drag values from Part 1 of this series and the rolling resistance values, it is important to note that beta correction of the data was completed by Tom.  Tom’s Beta correction calculation assumes that the ambient wind is at 90deg to the direction of travel (pure crosswind) for the resultant yaw angle for a given bike speed. 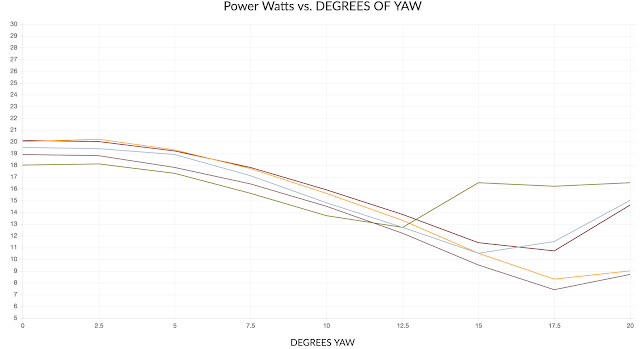 So what does all of this data mean?  Which tire is truly the fastest?  At FLO we have developed a Net Drag Reduction Value (NDRV) formula that gives a cyclist a realistic estimate of how much time a wheel will save them in the real world.  This formula was developed using the 110,000 real world data points we collected in our 5 step design process.  Since we know how much time a cyclist spends at each yaw angle on average, our NDRV formula can calculate a weighted average power value across all yaw angles.  In the table below, we have listed the tires from fastest to slowest based on the numbers generated by our NDRV formula.  Keep in mind that the lower the power number, the faster the tire.  Wattage numbers are for one individual tire. 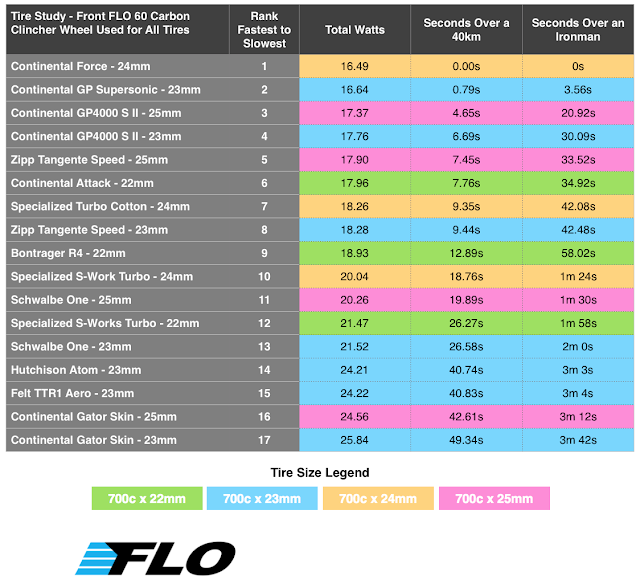 I hope you have enjoyed this article.  Please leave your comments and questions below.  I’d like to say a special thank you to Tom for all of his help with the Crr data.

FLO Cycling – Which FLO Wheels Should I Buy?

FLO Cycling – How Much Time Will FLO Wheels Save Me?